The standard sink will not surprise anyone and looks pretty boring. But designer sinks are another matter, besides, they are not very expensive and are available to many customers. Designer sinks will be a real highlight in your kitchen or bathroom. We present to you the most amazing designer sinks you have not seen yet. 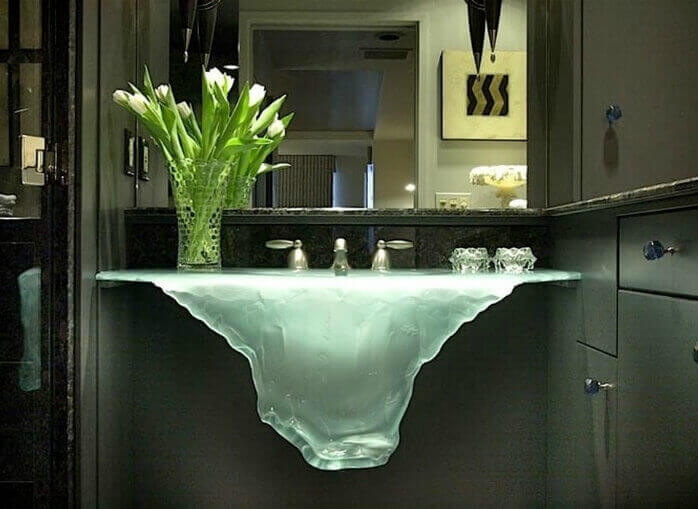 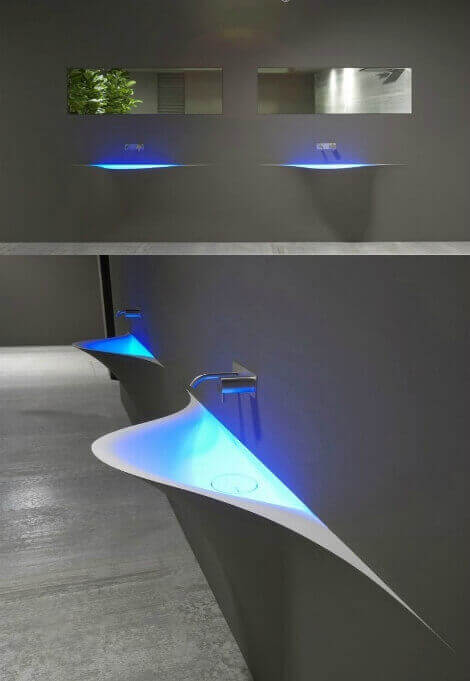 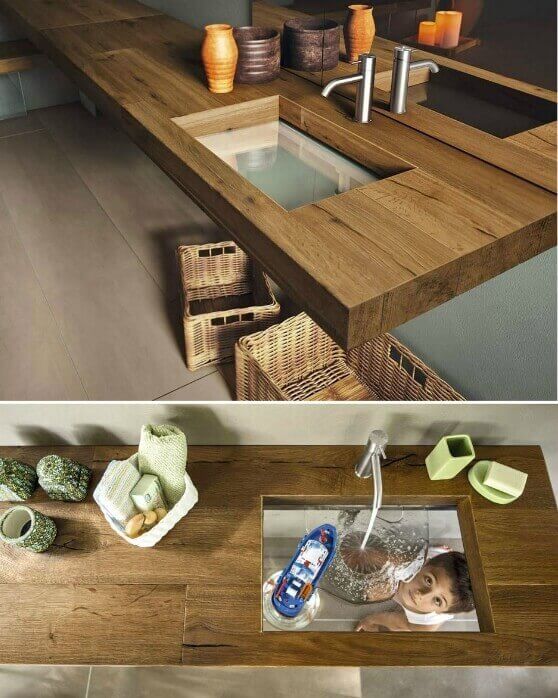 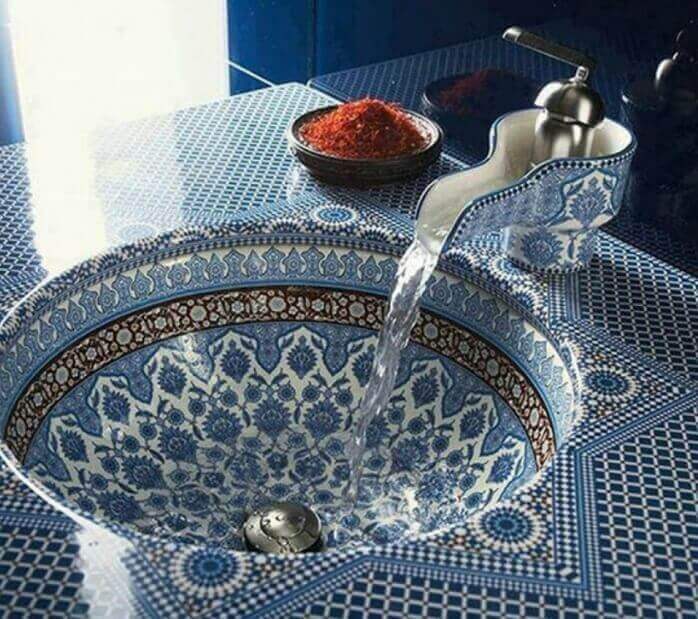 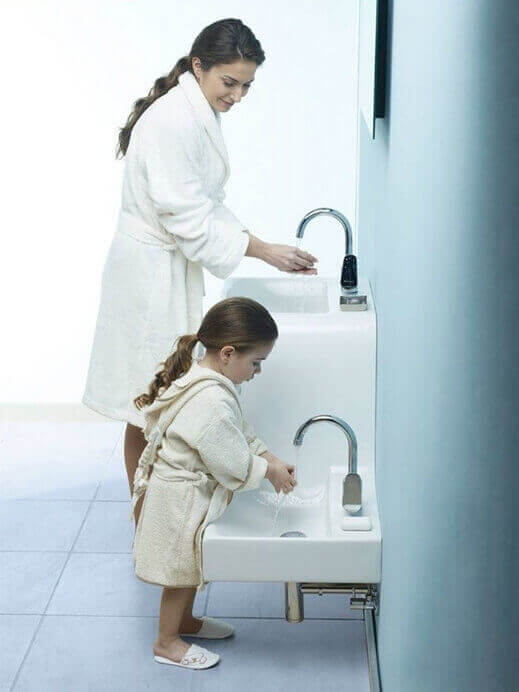 Sink two in one from Vitra 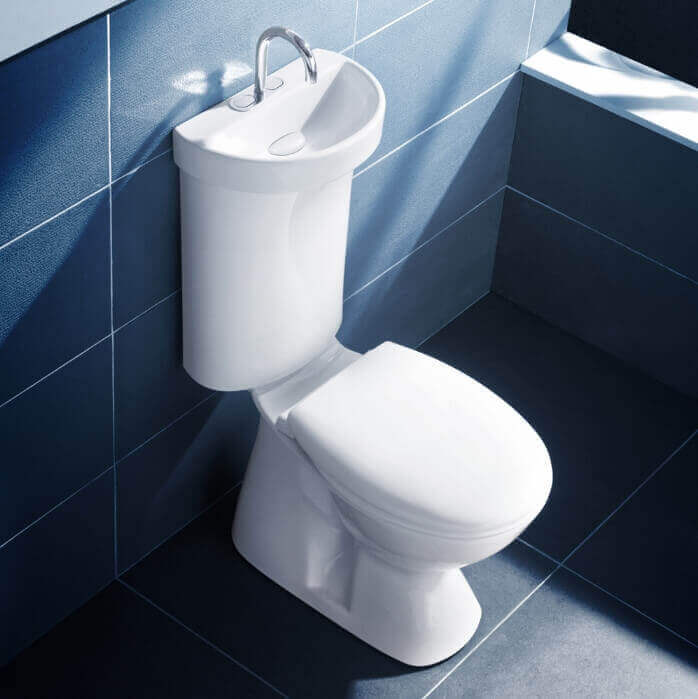 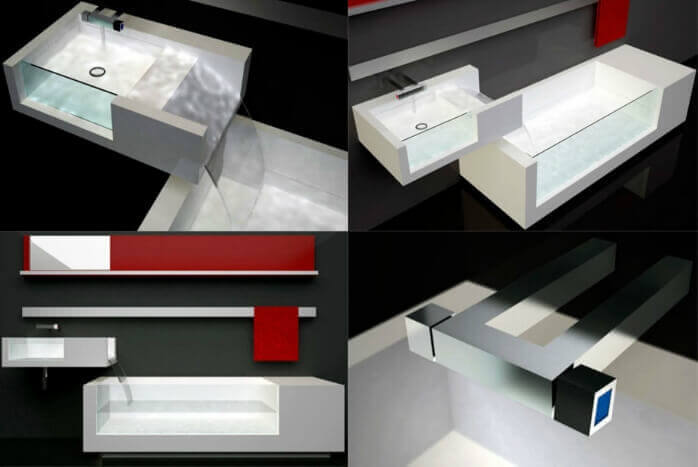 A modern sink made of ceramics and glass, from which water flows into a bathtub with a waterfall. Designer: Chin Chia Lim Via 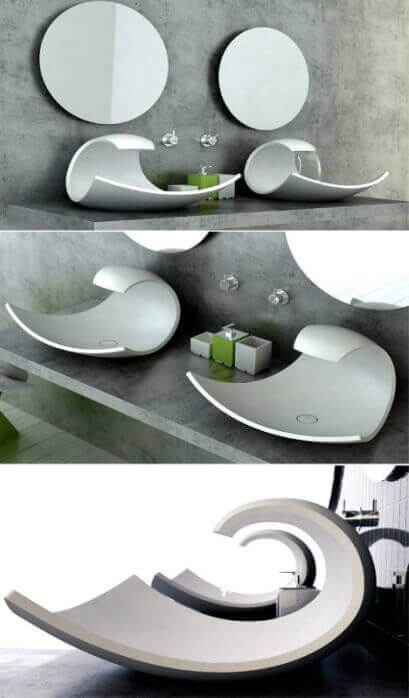 Curved washbasin with an integrated tap by designer Joel Roberts 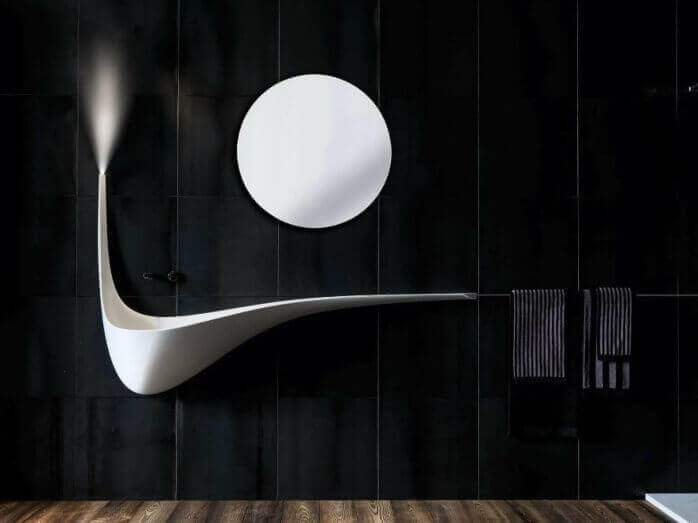 A magic sink, angular in shape, over which a lamp in the form of a round moon is placed. Designer: LDVC 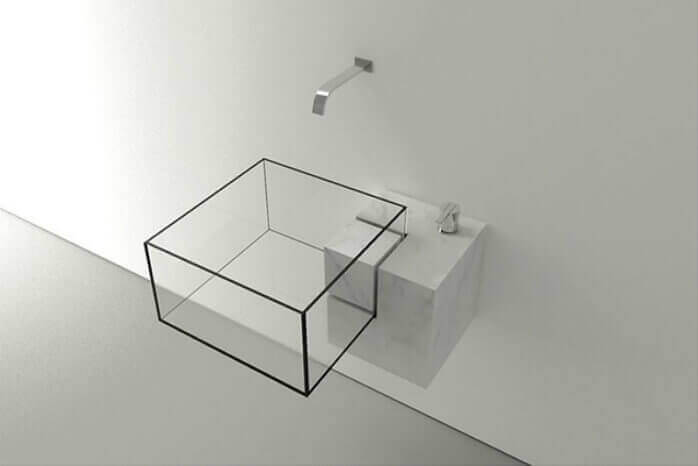 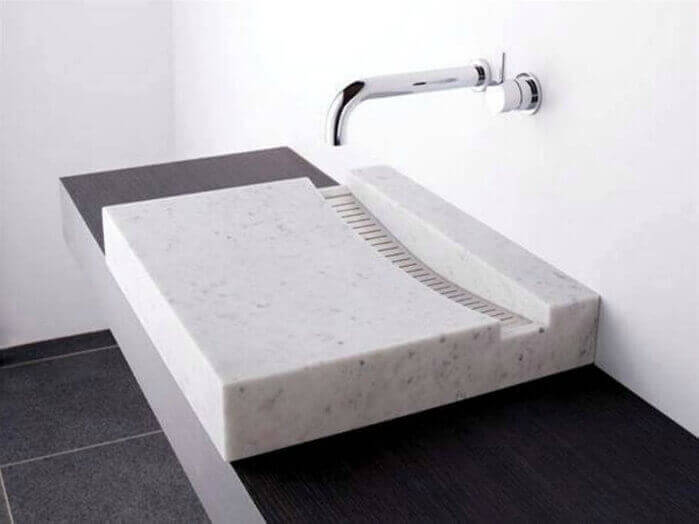 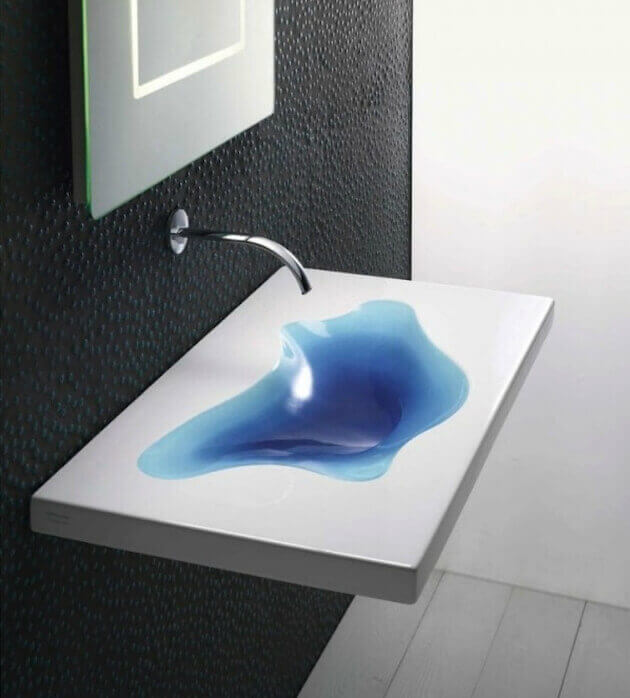 A white sink with a contrasting blue recess resembling a puddle of water. Designer: Catalano 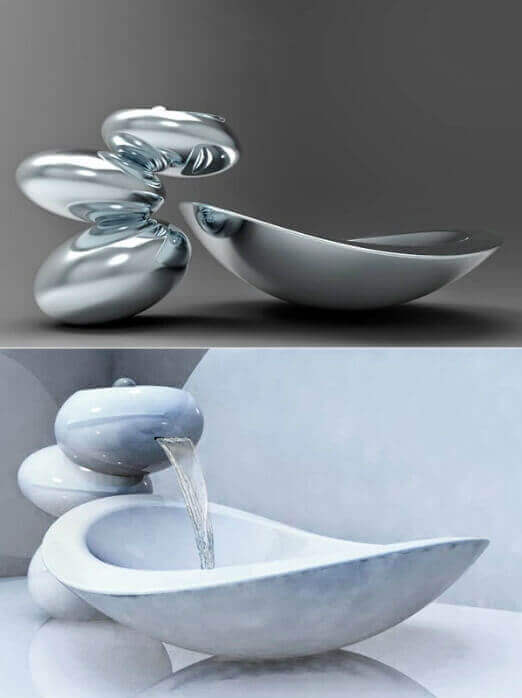 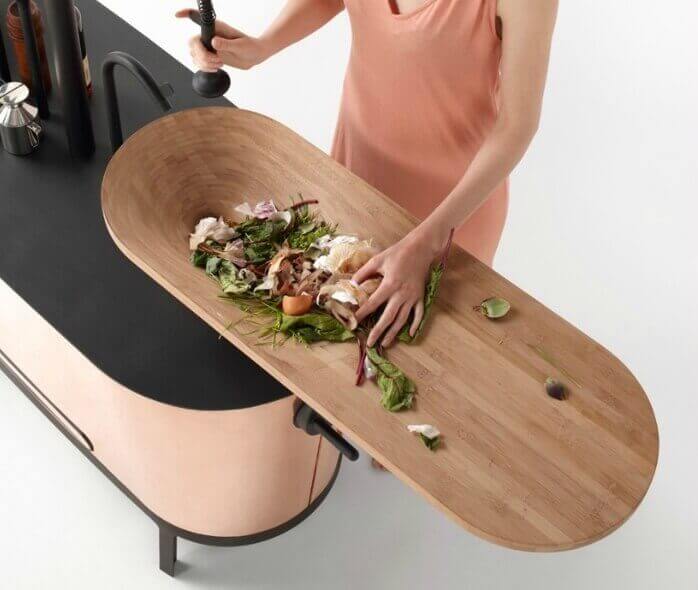 Phillips has combined a cutting board with a sink 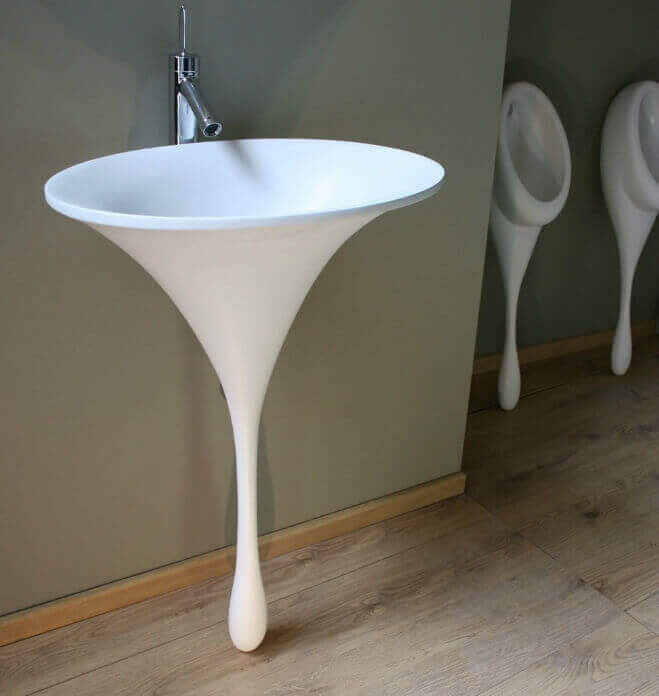 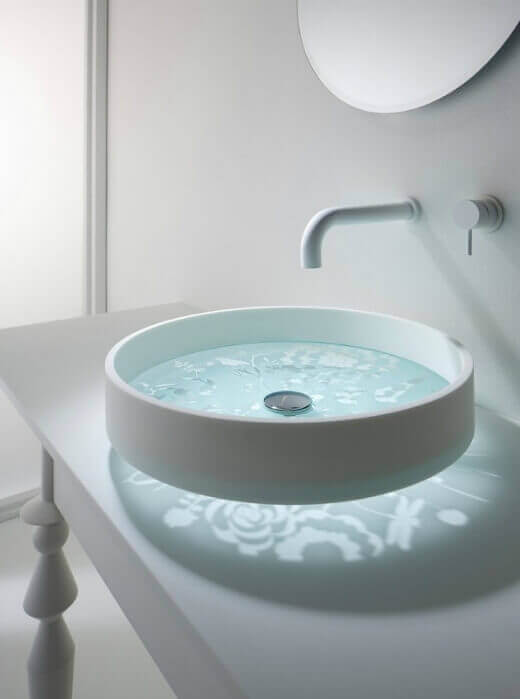